The Adani group has declared their intention to use an investor to buy a 29% interest in NDTV. Many Indian media outlets and general "Left-leaning" critics have been trying to portray Adani Group as some nefarious firm that is all ready to contaminate an honest media organisation by purchasing it via dishonest ways while NDTV's promoters Radhika and Prannoy Roy try to stall the acquisition bid. 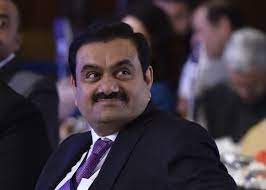 It's interesting to note that these naive rants are not exclusive to India. Op-ed pieces critical of the takeover attempt have been published by significant worldwide media outlets. Ironically, the media outlet controlled by Jeff Bezos, the head of Amazon, Washington Post, was the most outspoken of them.